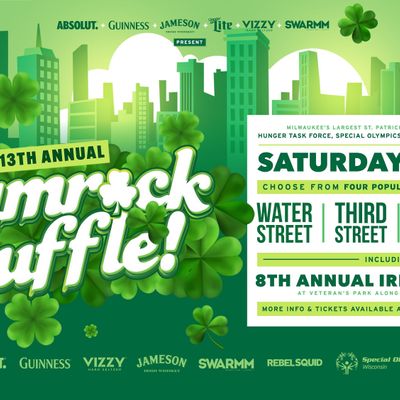 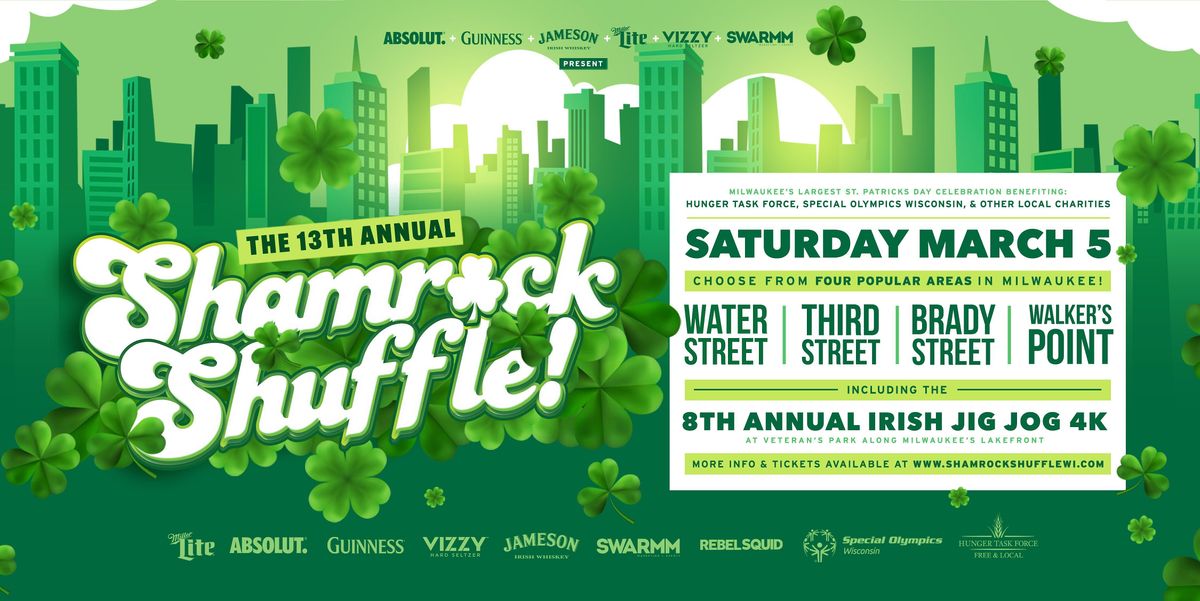 The Shamrock Shuffle is the biggest St. Patrick’s Day themed Party in Wisconsin!

Save money by signing up a Team Packs of 10!

The Shamrock Shuffle is more than just the biggest St. Patrick’s Day themed Party in Wisconsin. It is a community event which brings people together to not only celebrate one of America’s most celebrated holidays but an event that brings thousands of people into the City of Milwaukee every year from all over the United States.​ In 2020 the Shamrock Shuffle saw over 11,000 attendees sign up for the event, which raised $10,000 for the Hunger Task Force, Courage House and Special Olympics. The Shamrock Shuffle also creates hundreds of jobs for bars, restaurant, security, and MPD employees on a usually quiet Saturday.

The organizers, SWARMM Events also host a 4k run called the Jig Jog, which takes place along Milwaukee’s Lakefront the morning of the Shuffle.

You may also like the following events from Swarmm Events:

Also check out other Nonprofit Events in Milwaukee.
Tickets